The German alphabet contains notable differences when compared to English, but it's not tremendously complex to learn if you have already been writing or reading using the Roman alphabet. German phonetics is a bit more challenging as it contains different phonemes and special vowels that influence pronunciation and are not represented in many other European languages. Although you may have heard that German grammar is tough to master, it is highly logical, and so is definitely accessible to anyone who wishes to dedicate the time to learning and putting the rules into frequent practice.

Read on for a quick lesson in German grammar and alphabet composition as well as some tips and language facts.

How many letters are in the German alphabet?

Much like the English alphabet, German has 26 standard letters. However, the German alphabet contains one additional character and umlauted forms of three vowels.

The German ligature (additional character): The letter ß, is also known as the "sharp S", "eszett" or "scharfes S", and is the only German letter that is not part of the Latin/Roman alphabet. The letter is pronounced (like the "s" in "see"). The ß is not used in any other language.

The Umlaut is the pair of dots placed over certain vowels; in standard German and its dialects, these vowels are ä, ö, ü.

How do you spell letters in German?

In German, the letters of the Alphabet are pronounced like this, and can be spelt phonetically as such:

What’s the best way to learn the German Alphabet

Start by learning the basic German alphabet characters and their respective pronunciations. It helps to have a recording of the letters being spoken (slowly) so you can learn them systematically – using the old-as-time ‘Alphabet Song’ technique is a good idea.

If you have a tutor or tandem partner, have them test you by making you spell out words for them, letter by letter, so they can judge your pronunciation and knowledge of the individual letters. A game could be that you do not tell them what the word is, and they have to write it and figure it out from your given letters.

For more information about German cases and German grammar practice, take a look at the German Grammar Trainer and free resources such as Brainscape.

How to learn German?

Achieving a good level of German may not be easy but it is definitely possible! In our video we answer all your learning German questions, such as: "How long does it take to learn German?", "How many words do you need to be fluent in German?" and even "What is the best way to learn German?".

Another useful channel for you to check for a daily dose of German is "Easy German". There you can choose the videos adapted to your level of knowledge and learn a lot of useful information about Germany, people and culture. For example as in this video which would be very useful for those who are planning to go to Germany soon.

Some people regard German as a difficult language to learn because of the grammar. The complexity of the German linguistic 'cases' (nominative, accusative, dative, genitive) is probably the main reason for this perception, but these can be learned in a simple way with the right study methods (using a table of the cases filled in with different pronouns helps, such as for “his”: sein, seinen, seinem, seines).

German grammar rules are highly logical, and to a great extent, they can be mastered with a combination of by-rote learning and speaking practice.

Why does German have genders?

In contrast to English, All German nouns are given one of three genders. Nouns can be masculine, feminine, or neutral. Why? Historically, it seems gendered languages were developed to make communication more clear when it came to differentiating between different nouns mentioned close together - it is a way of classing nouns to it is more obvious which is being referred to.

If you use a noun without its gender, you won’t be using it correctly, so when you use a noun in a sentence, its gender identity has to precede it in some form. This may seem daunting at first if you only speak non-gendered languages such as English, but as long as you make a habit of learning the gender along with every noun you memorize, it’ll be straightforward.

How do you identify ‘der die das’ in German?

You may have heard of the German "der die das" rule. These words are the German definite articles (forms of “the”) which let us identify the gender of a noun. When looking at the example of cutlery, we see that there is no particular pattern to this: Die Gabel (the fork), der Löffel (the spoon) and das Messer (the knife). A fork is feminine, a spoon masculine and a knife neutral. It's easy to see how new German speakers get confused, but in short: die = feminine, der = masculine and das = neutral.

Masculine nouns often have these endings:

Feminine nouns often have these endings:

Neutral nouns often have these endings:

Even if you did not know the word ‘Umlaut’ before, you may have seen this character when looking at German texts – or the written forms of Swedish, Hungarian, Slovak, and a few other languages. The Umlaut is the two dots that sometimes appear above the vowels a, o and u to make ä, ö, and ü.

In German, you will see the Umlaut in words such as schön (beautiful) and Vögel (birds, plural form), and it affects how these words are pronounced.

What are the two dots above a vowel are called?

The answer for the German language is: an Umlaut.

But what do the 2 dots above a vowel mean? Umlauts are used to form three ‘mutated’ vowel sounds in the German language. The German alphabet includes the three standard vowel sounds for the letters a (ah), o (oh) and u (ooh), but when these letters are combined with the Umlaut as ä, ö, and ü, their pronunciation changes (read on to find out how). The three ‘umlauted’ vowels are official additional letters of the German alphabet.

What are German Umlauts used for?

So, we know that the Umlaut is used to change the pronunciations of three vowels in the German alphabet. But why? Historically, when the German language as we know it today was forming and developing rules, Umlauts were created. Their purpose was to merge together two vowel sounds appearing directly after each other to make spoken and written German clearer.

Even today, if somebody does not have Umlaut vowel keys on their keyboard, it is still acceptable to write ä as ‘ae’, ö as ‘oe’, and ü as ‘ue’; for example, ‘für’ could be ‘fuer’, but you can already see how that is less clear.

Types and Pronunciation of German Umlauts

A short guide to the pronunciation of the German Ä, Ö, and Ü you can find below

Umlauted vowels in German, and any language which uses them, have distinct pronunciations from the non-umlauted ones.

How do you pronounce Ä in German?

The ä umlauted character is pronounced like the ‘ai’ sound in air, kind of like a mixture of a and e.

How do you pronounce Ö in German?

The ö umlauted vowel can be pronounced in a variety of different ways and sounds similar to the e in her, the i in bird, or the French eu. It’s a bit like a mixture of o and e.

How do you pronounce Ü in German?

The ü is unusual in that it doesn’t have an English equivalent, except for maybe the ‘ui’ sound in ‘suit’, but it is pronounced like the standard u is in French.

The best way to understand how umlauted vowels are pronounced is to hear them spoken by native speakers, both as individual letters and parts of words. Online tools and digital German dictionaries can offer demonstrative pronunciation guides, such as Rocket Languages.

It’s good to know that in German, there are two types of Umlaut sounds: the long and the short. Which one to use is dictated by the letters surrounding the umlauted vowel; if it is followed by a double consonant, it will generally be the short form, such as in Stück or Öffnung. To pronounce a long umlauted letter, you simply "hold" the sound longer than for the short version. The short form is a sharper, faster sound.

Here is a table that explains more about how to pronounce these unique characters:

What do Umlauts do?

More specifically, Umlauts are used to inject variety into the German vocabulary, making words more clearly distinct from one another.

For example, grammatically, Umlauts are often used in German to distinguish singular from plural nouns, such as ‘Apfel’ and ‘Äpfel’ (‘apple’ and ‘apples’) or ‘Laden’ and ‘Läden’ (‘shop’ and ‘shops’).

Umlauts are sometimes used to indicate second/third person conjugations of German verbs. The word ‘fangen’ or ‘to catch’ has the present tense forms of ich fange (I catch), du fängst (you catch), and er fängt (he catches).

In German, strong verbs most often take an Umlaut when expressed in the subjunctive or hypothetical linguistic moods – so in ‘would’ phrases.

Why are Umlauts important?

As we have learnt from the above, using (writing and pronouncing) the German Umlauts correctly is essential to speaking the German language clearly and conveying the correct information to the listener.

Umlaut in the German language

Speakers of languages which do not feature the Umlaut may be tempted, at first, to ignore their importance, thinking of the Umlaut as an extra or additional flourish. Do be aware that this is not the case and that the Umlaut carries with it a lot of information about the word you are speaking. Practicing the pronunciation of these mutated vowels will be very important to your practice of speaking and comprehending the German language.

How can I type German Umlauts?

To enter characters with Umlauts while typing on a German computer keyboard, you can simply type the umlauted form of the vowels a, o, or u that you will find right there on the keyboard - easy. (You’ll also find a key for the German character ß.)

When using Windows, you must ensure that Num Lock is enabled and then hold down the Alt key while entering the correct codes for each umlauted letter. The codes are:

For uppercase letters with an Umlaut:

For lowercase letters with an Umlaut:

If you don't have a German keyboard you can also use an embedded text function.

Get your Value Package!

Don't worry about your student visa and get our Value Package including Blocked Account, Health Insurance and much more. 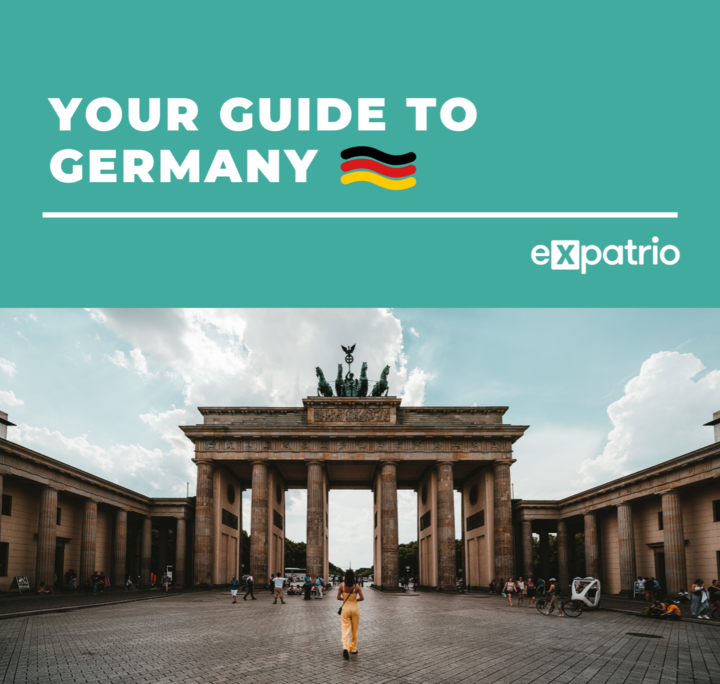 Check out our essential tips about life and studies in Germany