Studying in the Netherlands vs. Germany: Pros and Cons

Are you thinking about where to pursue your higher education? If you're interested in studying in Europe, you might be wondering whether Germany or the Netherlands is the better choice for you. Both countries have pros and cons, which can be challenging to weigh up.

In this article, we will look at some of the key factors you should consider when making your decision.

Why choose to study between Germany or the Netherlands?

There are several reasons why you might choose one country over the other. For example, Germany is renowned for its medical engineering and science programs, while the Netherlands is known for its economics and social sciences courses. These aspects can be a critical deciding factor if you have a specific field of study in mind. In addition to your personal preferences, the following factors should be considered to steer you in the right direction.

International students' number one factor when choosing a study destination is tuition fees. This aspect is vital as international students have other expenses to worry about aside from paying hefty tuition. Most public universities are free for all students in Germany, regardless of nationality. However, private universities charge tuition fees of typically up to €20,000 per year. In the Netherlands, tuition fees vary depending on your nationality. If you come from within the European Union (EU), the tuition is fee is around €1,800 to €4,000 per year. Tuition fees are higher for students outside the EU, typically costing about €6,000 - €20,000 per year.

The next factor to consider is living costs in both countries. In Germany, living costs are relatively low, with students spending an average of €700-€850 per month. This amount covers basic expenses such as rent, food, and utilities. Generally, transportation cost is already built into the low semester fee, so students do not have to worry about getting around the city they're studying in. In the Netherlands, living costs are slightly higher, with students spending around €800-€1100 per month. The good news is that because the Netherlands is such a bike-friendly country, you could easily cut the cost by switching from public transport to riding a bike.

When it comes to university admission rates, the Netherlands is the clear winner. Dutch universities are not too picky in terms of admitting students. However, reports show that international students struggle to stay in universities, and getting kicked out is also extremely high.

Compared to the Netherlands, the admission rate in Germany is pretty low. Around 30% of students who apply to public universities are accepted, but this is due to them being tuition-free. Your chances of getting to a private university in Germany are higher. If you're not confident about your academic qualifications and have the means to finance your study, the Netherlands might be the better choice for you.

Germany is a no-brainer if you're looking to supplement your income while you study. The Netherlands is more restrictive for international students working while studying. You are not allowed to work more than 16 hours per week in a part-time position, or you can choose to work full-time but only in June, July, and August. However, you may only choose one over the other, and there's no flexibility to do both.

Germany is more forgiving as you can work full-time 120 full days per year or work part-time 240 half days per year. You'll have more flexibility when it comes to finding work to offset your expenses in Germany.

Germany is more advantageous for international students and expats when it comes to taxes. You can earn a tax-free income of up to €9,744. In the Netherlands, students must pay income tax on any money they make - even if it's just a part-time job. The tax rate in the Netherlands starts at 36.55%, compared to Germany's progressive tax rate starting at just 14%.

The visa requirements are one area where the Netherlands and Germany balance out each other. The application process is straightforward with similar processing times. Both countries also require international students to provide proof of sufficient funds and health insurance for the entire stay. However, the Netherlands has one condition for students to keep their residence permit: to maintain a 50% credit score throughout their studies.

Both Germany and the Netherlands offer opportunities for students to live and work after they graduate. However, the options are more favorable in Germany. Graduates can work in the Netherlands graduates for one year after graduation. In Germany, graduates are allowed to stay for up to 18 months after graduation. This period gives you more time to find employment that suits your skills and interests without the added pressure. 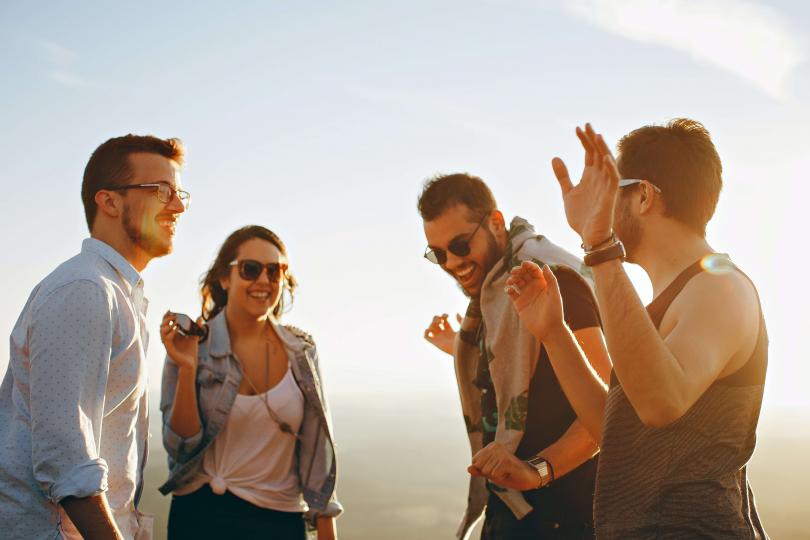 Germany is the better choice if you're planning on studying in a country with many international students. There are around 350,000 international students in Germany, compared to 81,000 in the Netherlands. More students from European countries in the Netherlands, and most of them come from Germany. You'll be more likely to meet people from all over the world if you study in Germany.

When it comes to location, living in Germany has a clear advantage. Germany is centrally located in Europe, making it easy to travel to other countries for weekends or holidays. The Netherlands is located in northwestern Europe - meaning that traveling to other countries can be more time-consuming, but it's still doable.

Both Germany and the Netherlands are safe countries to live and study in. Our advice is to find accommodations where it's away from clubs or bars (we know it can be tempting, but trust us on this one). Of course, there are unsafe areas in both countries depending on the city, so it's always best to do your research.

The health systems in both Germany and the Netherlands are excellent. Everyone has basic access to healthcare through a mandatory health insurance fund. International students would have to pay around €110 per month for health insurance coverage in both countries.

If you're not confident in your ability to speak German or Dutch, the Netherlands may be a better choice for you. Even though there are English-taught programs in most German universities, it can be difficult for international students to deal with bureaucracy. In the Netherlands, on the other hand, you can get by just speaking English daily.

When it comes to weather, Germany has the upper hand. The Netherlands enjoys a maritime climate, which means there is not one dry season throughout the year. The weather in Germany is a lot milder, with warm summers and cool winters.

The culture in the Netherlands is a lot more diverse and lively. The country is known for its amazing paintings and crafts as the government is heavily involved in subsidizing the arts sector. Germany is perfect for you if you enjoy a more structured lifestyle. To a large extent, German culture is all about reason and logic.

What's the verdict? Do you want to study in Germany or the Netherlands?

If you have the means to study in the Netherlands, it's easier to gain admission into Dutch universities with less bureaucracy. However, if you prefer a tuition-free education, a less restrictive option to work while studying, and connect with more international students, life in Germany is perfect for you. Use the factors outlined in this article to make the best decision for your future.