Study in the Czech Republic vs. Germany: A Guide

If you're looking for affordable and high-quality education in Europe, the Czech Republic and Germany are two great options. But what's the difference between studying in these countries? In this article, we'll look at some of the key factors to consider when making your decision.

Why should you consider the Czech Republic or Germany?

The Czech Republic and Germany are both excellent choices for higher education. They offer high-quality programs at affordable prices, and their universities rank among the best in Europe. Furthermore, both countries have relatively low living costs, making them attractive for international students. The following 15 factors should help you in making the right decision.

One of the most important factors to consider is tuition fees. In the Czech Republic, tuition fees vary depending on the university and program ranging from €0 to €20,000 per year. Public universities in the Czech Republic do not charge any tuition fees, but there's a catch: To study for free, you need to learn Czech as they only offer free programs in that language.

In Germany, you would be glad to know that tuition is free for all students at most public universities, even their English-taught programs. However, there's a small semester fee you would have to pay, which is somewhere between €200 and €500. This fee covers administrative costs, student union membership, and local public transportation.

The cost of living in the Czech Republic is relatively low compared to other European countries. Expect to spend between €300 and €700 per month on rent, food, transportation, and utilities. Of course, this amount will differ depending on your lifestyle and spending habits.

Contrary to popular beliefs, the living cost in Germany is not that high. Although it's higher than the Czech Republic, you could still cover basic expenses by spending around €850 per month.

International students who want to work while studying in the Czech Republic would need to apply for an employment permit first, with a few exceptions. Once the work permit is obtained, working hours must not exceed 300 hours per year or 40 hours per week, depending on your type of contract.

In the Czech Republic, international students are not exempted from paying taxes on their income. If you're employed while studying, you need to pay taxes, but these are deducted directly from your salary. The tax rate in the Czech Republic is only a 15% flat rate.

You can earn a tax-free income by making below €9,744 in Germany. The tax rate is set between 14% and 45%, depending on your earnings.

There are three types of student visas you can apply for in Germany. The first type is a German Student Visa (Visum Zur Studienzwecken) for those accepted onto a university course. The second type is a Language Course Visa for those accepted onto a language preparatory course that lasts between three months to one year. The third type is a Student Applicant Visa (Visum Zur Studienbewerbung), which is for those who have yet to choose their course or are still awaiting acceptance confirmation.

Once you know the type of visas you can apply for, the requirements for both countries are similar and easy to meet. On top of the standard documents, both Germany and the Czech Republic require students to provide proof of sufficient funds and health insurance. 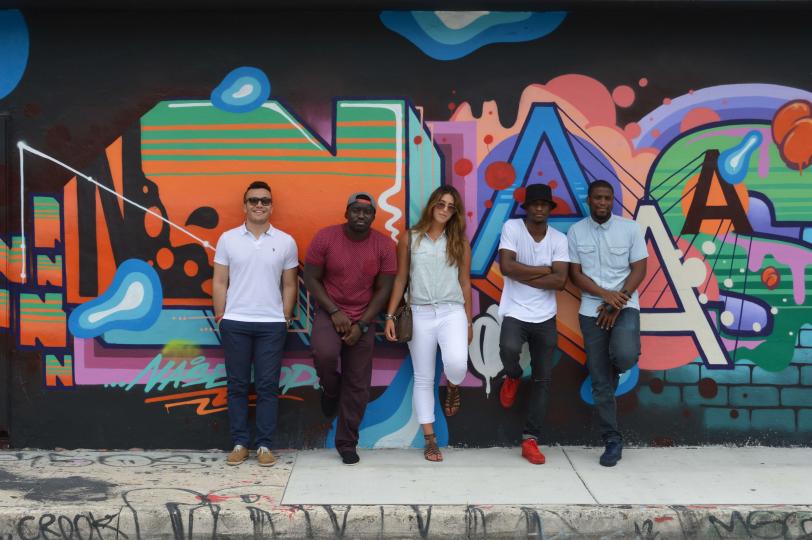 Option to Live and Work after Graduating

In the Czech Republic, it's not as easy to live and work after graduating. You're only given nine months to gain full-time employment, which could be challenging in the country's highly-competitive job market.

The number of international students studying in the Czech Republic has increased over the years and is currently at around 50,121. The majority of these students come from Slovakia, Russia, Ukraine, Iran, and India. However, the increase in numbers is due to its growth in online programs. You probably won't get the same experience as students learning in a real university environment.

The Czech Republic borders Austria, Poland, Slovakia, and Germany. The country is small, with a population of around 11 million people. Prague, the capital city, is a popular tourist destination and has been named the "most beautiful city in the world" by many.

Germany shares borders with Austria, Belgium, the Czech Republic, the Netherlands, Luxembourg, France, Switzerland, Poland, and Denmark. Berlin, the capital city, is a popular tourist destination and has been named the "coolest city in Europe" by many. The country is large, with a population of over 83 million people.

Both countries are located strategically in Europe, and you would be hard-pressed not to enjoy their vibrant city life and stunning landscapes.

The Czech Republic is considered to be a safe country to live in. It is in the top 10 safest countries in the world. Germany is also a safe country for international students, ranking 17th in the Global Peace Index.

Nonetheless, it's worth pointing out that the Czech Republic is infamous for tourist scams, especially in Prague. These types of scams are pretty rare in Germany.

The Czech Republic has a public health insurance system available to all residents, including international students. You can also opt for private health insurance, which is more expensive but gives you access to a broader range of doctors and hospitals.

Similarly, Germany has a healthcare system funded by private and public health insurance providers. Both Germany and the Czech Republic are home to some of the world's top medical professionals, so you'd be in good hands in whatever country you choose to study in.

Finding a job in the Czech Republic can be difficult if you don't speak fluent Czech. But once you've mastered the language, the job market is wide open as they welcome foreign nationals in different fields. The only downside to this is that the average salary is low compared to other EU countries. But this is because the country presents low living costs.

In Germany, the outlook on finding a job after graduating is very positive. Most graduates would be able to gain full-time employment in large corporations or join the booming startup scene. The average salary is also higher in comparison to other EU countries.

The Czech Republic and Germany are great destinations for students who want good job prospects after graduating. However, if you're looking to make money right away, Germany would be better.

The Czech Republic uses the Czech language, which is not widely spoken outside of the country. Major public universities in the Czech Republic only teach in Czech, so it will be difficult for students who are not fluent in the language.

Due to the larger international population in Germany, plenty of Germans can speak English. So, it is easier for international students to get by without speaking German. Public universities also offer English-taught programs. This possibility allows you to learn German at your own pace without the added pressure.

Both countries are rich in culture with many things to see and do. The Czech Republic is known for its art, architecture, and beer. Germany is famous for its Christmas markets, Oktoberfest, and innovations.

Both countries are great places to experience the culture of Europe while also getting a world-class education.

So, which country should you choose?

Choosing between studying in the Czech Republic and Germany can be difficult. Both countries offer great opportunities for international students. The Czech Republic is an excellent choice if you're looking for a country with low living costs and fantastic attractions. If you want to study in a country with free higher education and better prospects for your career, Germany would be your best bet. Ultimately, the decision comes down to your personal preferences. Consider all of the factors above before making your choice, and you're sure to make the right option for you.

Tip: If you're still undecided, download our guide to free studies in Germany and find out how you can earn your Bachelor's and Master's degree for free.