Studying in Germany vs. Sweden: What You Need to Know

If you are an international student trying to decide where to study, you may be wondering whether Germany or Sweden is the best choice for you. Both countries have a lot to offer, but they also have their unique pros and cons.

This article will compare and contrast the two countries based on 15 critical factors. We hope that this information will help you make the best decision for your future!

Why should you study abroad?

There are many reasons why studying abroad is a great idea. Here are some of the top benefits:

Germany vs. Sweden: 15 factors to consider

When comparing Germany and Sweden, it is crucial to consider various factors. Here are all the 15 key points to keep in mind:

In Germany, tuition fees at public universities are free for everyone, including international students from outside the EU. This is because the German government subsidizes education heavily. In Sweden, tuition fees could set you back between €7,915 and €29,188 per year. However, tuition fees are free if you're a student from an EU country.

The cost of living in Germany is lower than in Sweden. For example, you can expect to spend between €800 and €1,000 per month (including rent) in Germany, compared to €900-€1,200 per month in Sweden. Keep in mind that the living costs in Sweden do not include rent and tuition fees, making it unaffordable for several international students.

On the flip side, Sweden does not have an official limitation on the number of hours you can work for. However, students cannot allow their work to affect their studies, which will have severe implications on the residence permit.

If you are from an EU country, you do not need a visa to study or work in Germany or Sweden. If you're from any other country, you must apply for a student visa. The visa process and required documents are similar for both countries. Germany requires you to provide proof of funds of €10,332 per year in a Blocked Account, and about €800 per month in your bank account is enough for the entire study duration in Sweden.

Option to Live and Work After Graduating

Unfortunately, you are only given six months to find full-time employment in Sweden. On top of that, you would also have to prove that you could support yourself financially to get that extension.

Germany is a lot more welcoming towards international students in this matter with its 18-month job seeker visa. This type of permit should give enough time for prospects to find jobs related to their field of study or start their own business. 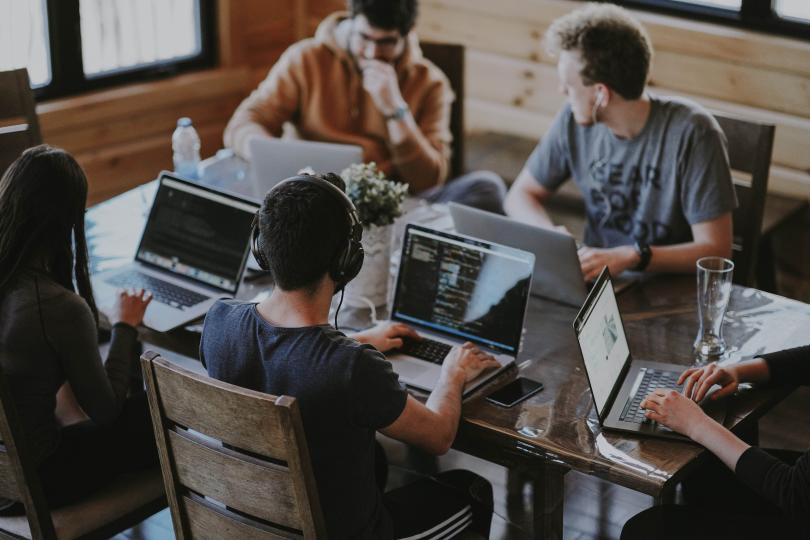 Germany is your best bet if you want to be based in a country with lots to offer when it comes to location. It's a vast country with diverse landscapes and plenty of cities to choose from. Moreover, Germany shares borders with nine countries, which means you can easily take weekend trips to visit neighboring countries whenever you want.

Sweden is a lot quieter, but its capital, Stockholm, is bustling with vibrant life. International students are limited to only a few cities to live in Sweden, so Germany is the way to go if you're looking to expand your network.

Europe, in general, has always been one of the safest regions in the world. Sweden and Germany consistently rank the top safest countries in Europe, if not the world. International students would have no trouble living peacefully in both countries.

Sweden has one of the best health care systems in the world. You're automatically covered by the national health service, either by the government or directly by the university, depending on the duration of your studies in the country.

Everyone has to be covered by either public or private insurance providers in Germany. This system ensures everyone accesses the best healthcare at no additional cost other than monthly fees.

Both countries have a positive outlook when it comes to employment after graduation. After graduating from a Swedish university, the employment rate is as high as 89%, and 81% in Germany.

However, as noted above, international students are given only six months to find jobs in Sweden suitable for their field of study, versus 18 months in Germany. This period means graduates would have less pressure and take their time to find employment in Germany.

If you're not fluent in German or Swedish, don't worry too much as both countries have a high proficiency in English. Sweden is one of the top non-native English-speaking countries in the world.

Even though you don't need German to study at a German university, it would still help you learn the basics so that you can deal with government-related matters due to its strict regulations.

Germany and Sweden are not too different when it comes to weather conditions. They both have cold winters and warm summers, with slightly colder temperatures in Sweden due to their location. Sweden enjoys a bit of sunshine in the summer months but heavy rain in fall or winter.

Germany has warmer weather in the summer and experiences rainfall almost in each season.

So, which country should you choose to study in?

It really depends on your preferences and what you're looking for. Germany is the way to go if you want a significant international student community and accessible higher education. Sweden is ideal if you're looking for a quieter environment with fewer distractions but still want access to a world-class education. But be sure that you can afford to study and live in Sweden because the costs could add up quickly.

In the end, both countries are excellent choices for international students. Just make sure to do your research beforehand so you know what to expect!