Studying in Italy vs. Germany: The Ultimate Comparison

It's no secret that studying in a different country can be an enriching experience. If you've chosen to pursue your higher education at a European university, you've made the right decision.

However, Europe is extensive, and students often struggle to choose between studying in Italy and Germany. This article will look at some of the key factors you need to consider before making that final decision.

Why study in Italy or Germany?

There are several reasons you might want to study in Italy or Germany. For starters, both countries have world-renowned universities offering a high education quality. Additionally, studying in either country can allow you to learn a new language. Let’s dive into all the different factors that could influence your decision to study in Germany or Italy.

However, students would still have to pay a semester fee between €200 and €500. This fee covers a few costs such as administrative fees, student union membership, and local public transportation.

Another critical factor to consider is living costs. In Italy, the cost of living varies depending on the city you choose to live in. You can expect to spend a monthly average of between €600 and €900 on rent, food, transportation, and other expenses. In Germany, the cost of living is slightly higher, with the average student spending between €800 and €1,000 per month.

Regarding university admission rates, Italy and Germany are quite different. In Italy, the average admission rate for universities is between 34% and 45%. These percentages mean that even if you have a less than stellar grade, you have a good chance of getting into an Italian university. Germany is highly competitive due to free tuition. Your chances of getting into a German university are pretty solid if you have above-average grades. But if you're not qualified to get admitted into a German university, there are other ways to increase your chances, such as completing a preparatory course for one year.

In both Germany and Italy, the amount of taxes you'll have to pay will depend on your income. In Germany, your wage is tax-free if under €9,744 per year. Once you start making above that amount, your income tax will be between 14% and 45%. Once you start earning some money in Italy, you will be taxed between 23% to 43%. However, keep in mind that these are just the general rates, and your specific tax situation may be different.

Regarding visa requirements, Italy and Germany are not that different. To study in both countries, you would need standard documents such as a letter of acceptance from a university, language proficiency in English or the local language (depending on the study program), adequate medical insurance coverage, and proof of sufficient financial funds.

The proof of sufficient funds is where Germany and Italy differ. Italy requires international students to prove that they have at least €5,824.91 per year in an Italian bank account, while Germany needs almost twice that, at €10,332 per year in the form of a Blocked Account. 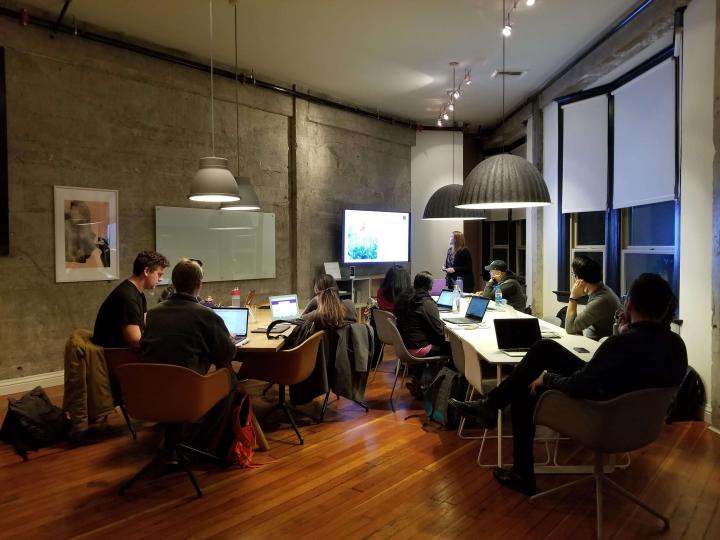 The outlook for international students wanting to gain employment after graduating from German universities is very positive. Students can stay for 18 months after graduating, so there’s enough time to find a full-time position and get a work-related residency permit.

The situation is not encouraging for international students in Italy, especially if you're only getting your Bachelor's degree. Unfortunately, Italy only allows those with a Master's degree or Ph.D. to stay in the country and work for up to 12 months. So, if you're only getting your Bachelor's degree in Italy, you would need to continue earning your Master's degree before pursuing full-time employment, should you want to remain in the country.

Germany is a large country located in Central Europe with a population of over 83 million people. Meanwhile, Italy is located in Southern Europe and has over 60 million people. As both countries are located in Europe, you have a good chance of traveling to different cities and countries for short weekend getaways.

Italy and Germany offer a safe and friendly environment for students. Of course, there's a higher crime rate in larger cities like Berlin or Rome. In terms of natural disasters, Italy is more prone to the dangers of mother nature, such as its live volcano and earthquakes. However, Italy has decent emergency services to handle any potential disasters.

The health care systems in Germany and Italy are quite different. Everyone must have mandatory health insurance coverage from public or private insurers in Germany. You would be able to see any doctor or specialist at no extra cost in the country. In Italy, the health care system is funded by the country's national health service. This system is also available to students at a subsidized price of €149 per year.

In Germany, international students are highly sought-after by employers due to the country's excellent economy. A study by Eurostat found over 80% of employed persons are graduates from German universities.

To gain employment after graduating as an international living in Italy, you would need to have at least a Master's degree or Ph.D. Those with only an undergraduate degree would have to continue to get a postgraduate degree, which takes more time and money.

If you're looking to study in a country where English is not the primary language, Germany is a better option than Italy. Many university courses in Germany are taught in English, especially at the undergraduate level. In Italy, most university programs only offer courses in Italian, even though there’s a current trend of being more available to internationals with a growing number of English-taught study programs in the country. However, it could mean you need to be proficient in Italian before enrolling in a university there.

The weather in Germany and Italy can vary greatly depending on the region. However, both countries generally have cool winters and warm summers. Germany gets more rain than Italy does on average in terms of rainfall. And summers in Italy tend to be warmer than in Germany.

Germany and Italy are two very culturally rich countries. You can experience the traditional beer gardens, Christmas markets, and Oktoberfest in Germany. Meanwhile, you can enjoy the beautiful architecture, fantastic food, and vibrant lifestyle in Italy.

So, which country is better for international students?

It depends on what you're looking for as an international student. If you want to study in a country with a lower cost of living and rich culture, Italy is better. However, if you're looking for tuition-free education in a diverse environment and better employability prospects after graduation, you should choose to study in Germany.