If you are considering studying medicine in Germany, read this article!

This blog post will give you 13 reasons why studying medicine in Germany is a great idea. You will find out why the cost of studies is too low and how much money you can save by pursuing your studies in Germany.

We also chat about what life is like as a student in Germany. By the end of this article, we hope you have found some information that has convinced you that your decision to study medicine in Germany is not a mistake, but thoughtful and meaningful in terms of your future career path.

Why Study Medicine in Germany?

Living costs in Europe are also cheaper in the United States and other similar countries. If you want to stay in Germany for your residency or fellowship, you will be able to work at hospitals that are right for your field of study. You can get residency without needing an extra visa. The German medical system has improved since 2000.

You may choose to continue your further studies in Germany after completing your basic medical studies and become a physician or medical doctor in Germany. The Post Graduate Programme in Medicine in Germany leads to a specialist position. One can choose to specialize in their desired field of medicine in a German hospital. It is not that easy in many countries. Doctors in their home countries struggle and compete with many other fellow physicians for a place. This leads to compromising to whichever specialization is available even if that is not your desired area of medicine.

What to expect when studying Medicine in Germany 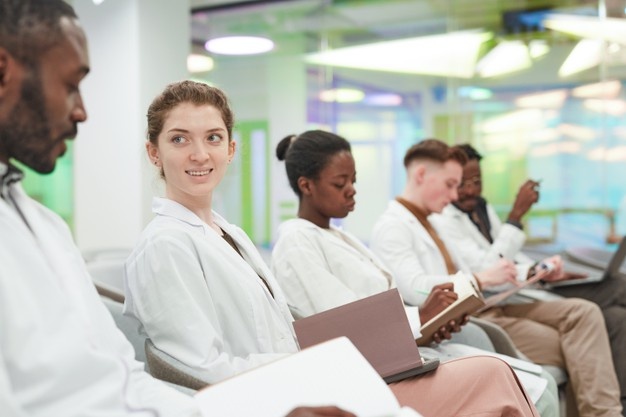 Germany has some of the world's best universities for studying Medicine

You will gain hands-on experience faster than ever before

One of the best things about studying medicine in Germany is that you will be able to gain valuable experience much quicker than in the US. In addition, German hospitals and clinics will not ship patients off to other states for treatment as often as hospitals in other countries do.

Due to Germany's proximity to other European countries, it is effortless for doctors from all over Europe to meet up and attend medical conferences here. This means that you will be able to meet other medical professionals, work on collaborative projects, and attend career fairs!

Germany's universities offering Medicine are among the best in the world

Thanks to the prestigious reputation of the German education system, there are some of the best medical schools in the world belonging to German universities. Some of them include: Ludwig Maximilian University of Munich , Charite - Universitätsmedizin Berlin, Ruprecht-Karls-Universität Heidelberg, and LMU Munich.

You can apply for internships straight out of medical school

As long as you have completed your medical education in a German university successfully you will be able to apply for an internship.

The benefits of attending a Post Grad Specialisation program in Germany

Except for the USA and a few other countries, Post Grad Medical specialization is a costly affair. The participants need to pay tuition fees per year and in some countries need to pay a considerable amount and donation to beat the fellow competitors. In Germany, the participants make €4,000-5,000 per month while working in the hospital as part of the specialization program. No tuition or any other fees are charged.

1. Germany has one of the world's best healthcare systems

Germany’s hospitals have state-of-the-art medical technology. Many German hospitals are ranked among the best globally. In addition, Germany has an excellent public health service system that offers subsidized or free medical services for people who do not have private insurance. German doctors and patients are lucky enough to have access to private and public hospitals and clinics that are some of the best in the world. Germany has been ranked as one of the best healthcare systems in the world!

During your time studying medicine in Germany, you will learn about how healthcare works in other countries. The medical education system here in Germany is highly respected all over the world. 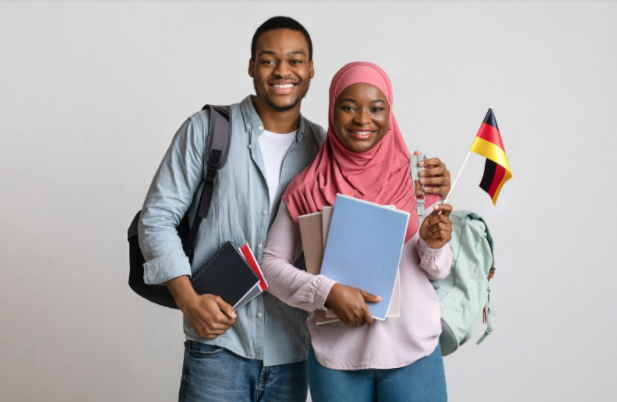 2. Studying Medicine is a great way to learn German and the country’s culture

There are approximately 35 universities that offer Medical courses in Germany. Since the medical courses are in German, you will learn German before and while attending your course in the foundation year. You will be in a better proficiency level by the time you complete your studies in the Studienkolleg and before starting your medical course.

German language proficiency is essential to integrate into German society and make use of your stay in Germany. Germany is a culturally rich country in Europe with fascinating architecture.

Germany has many generous scholarship packages available for international students studying in German public universities. It makes it easier when it comes to saving up money while attending university studies in Germany.

The unemployment rate in Germany is lower than in other European countries like Spain and Greece. According to recent statistics, there are currently thousands of unfilled medical jobs in Germany. This means that finding work after graduation will not be too difficult for international medical students.

5. You can work in Germany after you graduate from medical school

Even though Germany is currently recruiting more doctors from abroad, the country is not entirely dependent on foreign doctors. This means that you will be able to work in German hospitals and clinics after you earn your medical degree here, allowing you to work in one of Europe's most exciting countries! 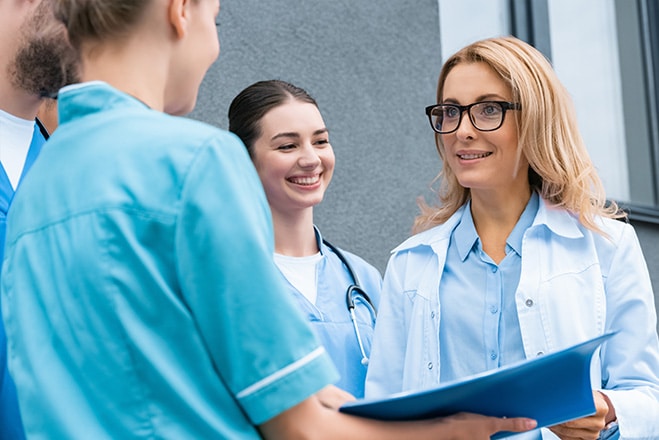 6. You can work as a doctor in Europe after you graduate from medical school in Germany

Since European Union laws require its member states to recognize each other's university degrees, you can work as a doctor in most European countries after graduating from medical school in Germany. This means that you will be able to use your German degree to work as a doctor all across Europe!

7. You can use your medical degree from Germany anywhere around the world

It is easier for doctors with a German degree to obtain a license to practice abroad than it is for their international counterparts to obtain a permit in Germany. German medical qualification is recognized worldwide.

8. Germany has a low number of resident doctors per capita

There is a lower percentage of doctors in Germany than in other European countries, meaning that the competition for being accepted as a general practitioner or getting into residency/specialist is less intense than if you were going to study Medicine in the UK or France.

9. You can practice Medicine in Germany after you complete medical school

Most countries favour their native doctors to practice Medicine within their borders, but Germany is an exception. After graduating from a German medical school, non-EU citizens can practise medicine anywhere in the EU, which means that you will have a lot of opportunities to travel and work abroad, in addition to being able to practice medicine in Germany.

10. There are many different options when it comes to your specialization during residency

During your residency years, you can specialize in whichever area of medicine you prefer. This includes dermatology, ophthalmology, neurology, radiology, and more!

During your residency years here in Germany, you'll have the chance to choose between many different medical specializations that interest you. For example, sports medicine, pathology, general surgery, and more! 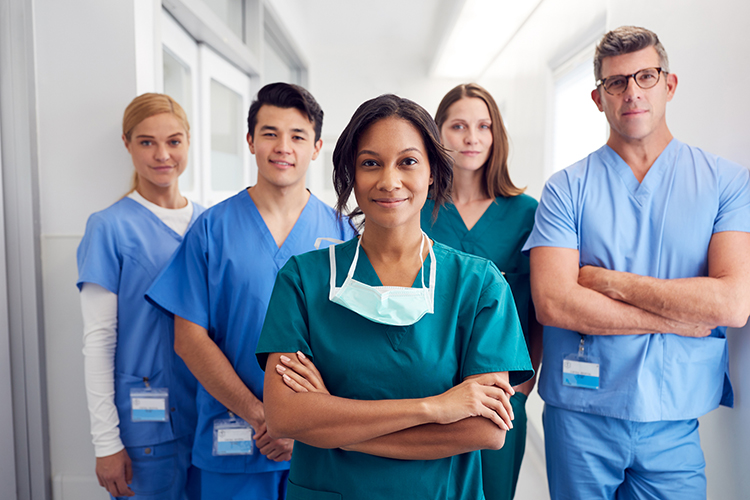 11. You do not need to go through residency to become a general practitioner in Germany

When it comes to becoming a general practitioner here in Germany, you will not need to go through residency—all you need is a 5-year Bachelor's degree level medical qualification and pass the State examination.

12. You can get your permanent resident permit in Germany

After working in Germany for two years after your studies, you can apply for your permanent resident status, which means you will not have to worry about obtaining visas or work permits anymore. This is an additional benefit of working as a doctor in Germany because it allows professionals from other countries to live and work there and become part of the community.

If you want to study medicine, then Germany is the perfect destination for this. Studying MBBS in Germany offers many benefits that are not available elsewhere. You will have low unemployment rates and affordable tuition costs when studying here. All while learning both German and its culture! What is your next step? Contact us today so we can help you find the best program for you!

About the author: KC Raj is a career counselor and recruiter with many years of experience. Interested in topics like human development, education, immigration, inequality, and many other international issues. Reachable via LinkedIn.

Germany Sightseeing: Find out about the best parts of Germany

Excellent Careers In Germany for People Who Know Foreign Languages

Presenting Your CV To Germany’s Market