Germany and New Zealand are two countries that often come up as study abroad destinations for students. They both have a lot to offer, but which country is the right fit for you?

This article will compare 15 factors between studying in Germany and New Zealand. We will look at tuition fees, living costs, visa requirements, options to live and work after graduating, safety, and more!

Why should you study abroad?

There are many reasons why you might want to study abroad. Maybe you want to learn a new language or experience a different culture. Perhaps you're looking for something more affordable than studying in your home country. Or maybe you just want an adventure! Whatever your reasons, studying abroad can be a great way to achieve your goals.

By the end of this article, you should have a better idea of which country is the right fit for your studies based on 15 key factors.

One factor to consider when choosing a study abroad destination is tuition fees. In Germany, tuition fees are generally much lower than in other countries. In fact, many German public universities don't charge tuition fees at all! However, tuition fees in New Zealand are much higher. For international students, the tuition fee starts at €13,609 per year.

Of course, there are scholarships and other financial aid options available in both countries to help offset the costs.

You can earn up to €9,744 without being taxed in Germany. This rule is especially beneficial for international students working while studying. Once you earn more than that, you will be taxed between 14% and 45%. Unfortunately, there is no tax-free income in New Zealand. However, the tax rate is pretty low, between 10.5% and 39%.

To study in both Germany and New Zealand, you need to apply for a student visa. Both differ slightly, with each country requiring proof of funds during the whole study period.

In Germany, you would need to provide at least €10,332 per year in a Blocked Account. This money should cover accommodation, health insurance, and basic living expenses.

Students coming to New Zealand need to have at least €9,284 in their bank account for their first year of study and then around €773 per month. Students also need to purchase a return ticket out of New Zealand (or show the funds to buy one) as part of the visa application process.

After graduation, international students in Germany can stay in the country for 18 months to find a job. If you successfully find a job within this time frame, you can then apply for a work visa. In New Zealand, international students can apply for a post-study work visa to stay and work in the country for up to three years after graduation. However, the length of stay depends on the level of qualifications. 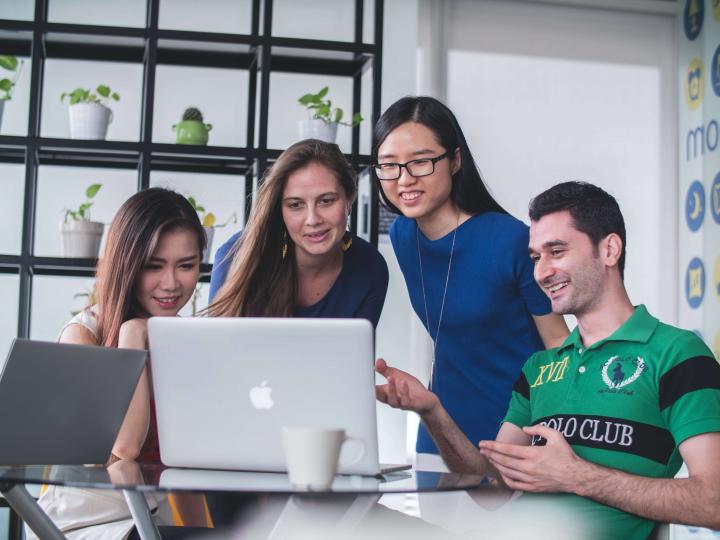 Germany is a large country located in the heart of Europe. And there are many neighboring countries you can visit during your studies or on weekends and holidays. New Zealand is located in Oceania, meaning that it is pretty isolated from other countries. The nearest country is Australia, which is a five-hour flight away.

Germany and New Zealand are both safe countries to live in. In the Global Peace Index, New Zealand ranks 2nd safest while Germany ranks 17th. There is a low crime rate in both countries, and you should not have any problems during your studies.

The official language in Germany is German, of course. However, English is also widely spoken, especially in universities and among younger generations. You should not have any problems communicating with people during your studies in the country. In New Zealand, the official languages are English and Maori. However, English is the only language that is widely spoken.

In any case, you shouldn't have any problems when it comes to interacting with the locals in both countries.

Germany is a country with a rich culture and history. There are many museums and galleries that you can visit, as well as historical sites. Germany is also known for its beer and sausage. New Zealand is also a country with a rich culture. The Maori culture is fascinating, and there are many cultural events that you can participate in. New Zealand is also known for its beautiful nature, such as the Milford Sound or the Franz Josef Glacier.

Should you study in Germany or New Zealand?

As you can see, there are many differences between studying in Germany and New Zealand. Both countries have their own advantages and disadvantages, so it is up to you to decide which one is the right fit for you.

Tip: Download our free studies in Germany guide and find out how you can study for free and get advice on saving money as an international student.