Studying in India vs. Germany: How to choose

International students are always looking for the best countries to study abroad. If you're not sure whether you should study in India or Germany, we've compiled the top 15 factors to help you decide.

Why should you pursue higher education abroad?

There are many reasons why students choose to study abroad. For some, it's the opportunity to learn a new language in its native environment. For others, it's the chance to experience a different culture or explore new job prospects. And for many, it's simply the appeal of living in an exciting and unfamiliar place. Whatever your reasons for studying abroad are, you should consider these 15 factors before making the right decision.

Germany has a strong reputation for its world-class universities, and it's no secret that the admission process is highly competitive. However, many students don't know that German universities are also among the most affordable in Europe. In fact, tuition fees at public universities are usually waived entirely. You can benefit from tuition-free universities in Germany, no matter your nationality.

In India, on the other hand, tuition fees can vary significantly from university to university and program to program. However, on average, students can expect to pay around €3,000 and €7,100 per academic year, regardless of the level of study.

Living costs are another vital factor to consider when choosing a country to study in. The cost of living in India is, no doubt, much cheaper than in the rest of the world. In Germany, the cost of living is high, but it depends on the city you're in. Of course, this is not a fair comparison seeing that Germany has a higher average wage than India.

If you're looking for a country with a high university admission rate, Germany is the place to go. In India, the competition for places at higher education institutes is much more challenging, so your chances of getting into a prestigious institution are lower. Reports also show that gaining admission to an Indian university is more demanding than even the best schools in the US.

Unfortunately, the Indian government does not allow international students to work while studying in India. However, this does not include internships and training, as long as they are unpaid. In Germany, international students can work part-time or full-time during their studies. You can work up to 20 hours per week for 240 days per year for part-timers, and full-timers can work up to 40 hours per week, 120 days per year.

Since you're not allowed to work during your studies, you don't have to worry about paying taxes in India. But once you start working and making more than €3000 per year, you will be taxed between 5% and 30%. In Germany, the tax-free income is below €9,744 per year, and the tax rate is between 14% and 45%, depending on how much you make.

To study in India and Germany, you need to apply for a study visa. The requirements for an Indian student visa are more relaxed as you would only need a few standard documents, including proof of sufficient funds. Unlike in Germany, you are not required to provide proof of health insurance coverage. Germany has higher requirements because it is a more popular study destination, but it's still easy to meet all its visa requirements.

Living and working after graduating is another crucial factor to consider when choosing whether to study in Germany or India. India is not as welcoming as Germany when it comes to employing international students after they graduate. Students would have to jump through hoops before getting approved for an employment visa. Sadly, even graduating from an Indian university does not guarantee an employment visa.

International students in Germany have more promising career opportunities. You are given 18 months to look for a job after they graduate. This period is more than enough for students to look for full-time employment. 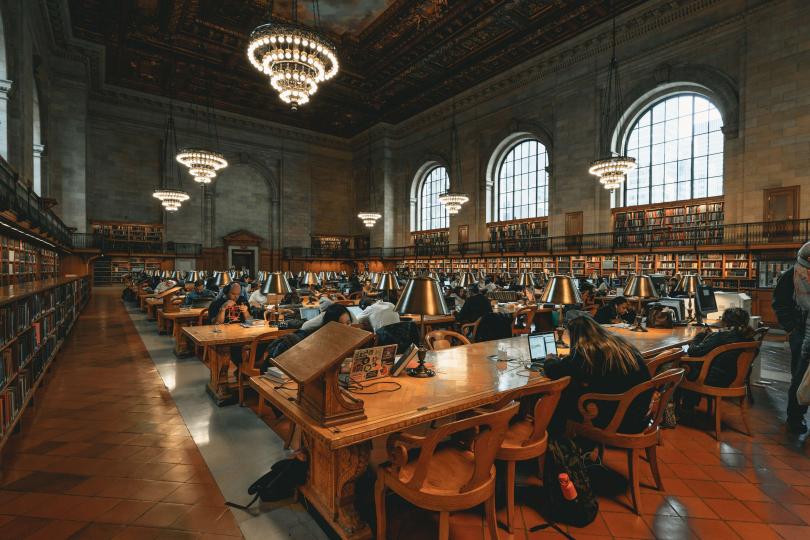 Another critical factor when deciding which country to study in is the location. India is a large country with a population of over 1.3 billion people. This aspect makes it an exciting and diverse place to study, but it can also be overwhelming for some students. Germany is a smaller country (compared to India), but it's still large enough to offer various experiences. Germany is centrally located in Europe, making it easy to travel to other European countries during your studies.

Safety is always a top concern when choosing a country to study in. Though India is generally a safe country to live in, you still need to be extra careful due to its size. However, it's worth noting that even though India had just decriminalized homosexuality, it can still be dangerous for the LGBTQ+ community, especially when it comes to police harassment. On the other hand, Germany is one of the safest countries in Europe, and it consistently ranks in the top 20 Global Peace Index. It's safe to say that any international student can live and study peacefully in Germany

The quality of healthcare is an essential consideration for any student abroad. Germany has a world-class healthcare system available to all residents, as it's funded by mandatory public and private health insurance. In India, the healthcare system is struggling due to patient overload and lack of infrastructure. While these are generally acceptable in private healthcare providers, the cost is still the most significant issue. Patients would have to pay an excessive amount out of their own pockets.

In Germany, the unemployment rate for recent graduates is just under 5%, while it's over 19% in India. This index means that you have a higher chance of gaining full-time employment after graduating from a German university. Additionally, a report revealed that people holding graduate degrees are twice as likely to be unemployed in India.

Another critical factor to consider is the language barrier. In Germany, the official language is German, but English is also widely spoken. This aspect makes it easy for international students to communicate with locals and find employment after graduation. In India, the official language is Hindi, but English is also widely spoken. However, the language barrier can still be a problem in some parts of both countries.

The weather is another essential factor to consider when choosing a country to study in. India has a tropical climate, which means that the weather is hot and humid year-round. Germany has a temperate climate, which means that the temperature varies from region to region and season to season. The north of Germany is generally a lot colder in the winter, while the south is a bit warmer.

So, which country should you choose to study in? India or Germany?

The two countries are so different on all levels, so it's up to you to decide which one is more important to you. If you're looking for a culturally rich experience, then India is the place for you. Germany is the better choice if you're more concerned with employability after graduation. Whatever you decide, be sure to consider all of the factors listed above.

TIP: Download our complete guide to free education in Germany and discover how to earn your Bachelor's or Master's degree without paying tuition fees.